What my disabled son taught me about disability

My son, Henry, is your classic 2-year-old. At 22 months, he adores Barney the Dinosaur. He refuses lids on his sippy cups with a resolute no! (they’re for babies, after all). He pulls his older sister’s hair when he’s angry, and lays his head on our laps lovingly when he’s feeling affectionate. He’s a completely typical toddler. Except, he isn’t.

At a routine ultrasound, Henry was diagnosed with spina bifida myelomeingocele, a permanent, disabling birth defect that occurs when the neural tube fails to close in the first 28 days of pregnancy. Henry deals with the effects of spina bifida (such as partial paralysis, low muscle tone, incontinence, and hydrocephalus) and will continue to for the rest of his life. Legally speaking, he is disabled.

But the word “disabled” has become so fraught with negativity that I don’t even like to use it at all. It tells you nothing about Henry – his vivacious personality, his wry smile, his affinity for pretty blonde women. And sadly, I know what people think when they hear the term “disabled”: Ugh, too bad. A kid in a wheelchair? That’s so depressing! At least, that’s what I thought, before Henry.

Truthfully, I had so many preconceptions (and misconceptions) about disabled people that it’s embarrassing to write about them. But having a child with spina bifida forced me out of my comfort zone to confront some long-held beliefs I didn’t even know I had.

This is what Henry has taught me, so far.

Everybody’s got their something.

The week Henry was diagnosed with spina bifida was the most devastating week of my life (partially because of all my misconceptions about what it meant to be disabled). Gradually, as our news traveled, friends and acquaintances would approach me to offer their condolences and their support.

What shocked me was realizing how nearly everyone who reached out had a sister, friend, or a child of their own who struggled in some way. My son doesn’t have spina bifida, one wrote, but he has global developmental delays. Another friend of a friend had a son with Down Syndrome. Many had children or knew of classmates who had autism and asperger’s syndrome. People started pouring out of the woodwork, offering up their struggles to soothe me. Sensory processing disorder. Cerebral Palsy. And everyone who shared a story insisted on the same thing – we cannot imagine our lives without this person.

I slowly started to learn that nearly everyone had some private struggle. Henry would undoubtedly have gross motor delays and we had no idea if he’d ever be able to walk independently. But would his life really be that much more difficult than a child with a learning disability? Or a child with an anxiety disorder? He’d probably have to use a wheelchair at some point – but so what? It didn’t mean that he wouldn’t be able to live – it just meant that he’d live life in a different way. Having so many people open up about their own disability confirmed that there were a million different types of people, and an infinite different ways to live a life. Henry’s life would look different from ours – but that didn’t mean it would be tragic.

Disabled people are just that – people.

A few months after Henry was born, I received a call from our county health office. A nurse was calling to tell me that a combination of Henry’s disability and our low income made us eligible for food stamps. She spoke in a hushed whisper, as though she had stumbled into a wake: We hear you’ve had an adverse birth outcome.

“A what?” I asked. It took me a few awkward seconds to realize she was talking about my son. The nurse hadn’t bothered to use his name or even offer a polite Congratulations on the new baby! She had reduced him to an outcome, a thing, totally devoid of humanity because of his disability. Oh, no, you don’t understand, I wanted to say. He’s absolutely precious. We adore him. The only “adverse” thing about him is that he spit-up down my shirt after I nursed him this morning. I could only nod, stunned, and continue with the phone call as though we hadn’t been terribly insulted.

At the same time, I understood it. Just a few months earlier, I would have mistaken someone’s disability as that person’s defining characteristic – in fact, I had been doing it my entire pregnancy. Since we had gotten Henry’s diagnosis at 19 weeks gestation, we had virtually no identifying information about him except for words like spina bifida, hydrocephalus, clubbed feet,and deformity. It didn’t feel like I was giving birth to a child, exactly – just the sum of his various defects. Throughout his pregnancy, that was how I thought about him, primarily – disabled. Sadly, it seemed that was how other people thought as well.

Which is precisely why I was so shocked when Henry was born. When the doctors lowered the surgical curtain in the operating room, I caught the first glimpse of him, red and fat, slumped over the doctor’s hand, looking extremely unimpressed. I gasped – he was beautiful. As the medical team whisked him away to close up the lesion on his lower back, my husband and I exchanged dubious glances. Was this what we were afraid of? This precious, grumpy little boy? In our terror surrounding Henry’s diagnosis, we forgot that our child was simply that: a child. My God, I thought. What had we been expecting – a monster?

He had my nose. He had my husband’s cheeks. He had a disability. He was perfection.

“Quality of life” is relative.

Before Henry, I thought I had a very clear idea of what embodied a “good quality of life.” In a medical ethics class I took in college, the phrase quality of life was always summoned when we talked about disability. Would it be ethical to terminate a disabled fetus? We asked each other. What about euthanasia, when someone is old and confined to a wheelchair? (For some reason, wheelchair was always used pejoratively, something that I find hilarious now. Henry’s got dozens of peers who use wheelchairs – and how would they keep up with the able-bodied kids otherwise?) When we spoke as a class about disability and quality of life, the consensus was clear – the two were totally exclusive.

Implicitly, we learned from the world around us that spina bifida (and any physical disability, by extension) was literally a fate worse than death. Weeks before our diagnosis, we watched the film Million Dollar Baby; in it, Maggie, the titular character who becomes a world-class boxing champ, begs her trainer to smother her after she becomes a quadriplegic. Wherever we turned, we saw disability portrayed as miserable and bleak, and having no disabled friends at the time, we had nothing to counter that perception. When you’re disabled, I thought, a good quality of life just isn’t possible.

Does it even need to be said? I’m eating my words like crazy. Henry has an intimidating list of medical complications, but I dare say his quality of life is close to fantastic: play dates every week, a full social calendar, and lots of affection lavished on him by his parents and relatives. Perpetually smiley and snuggly, he shocked a woman at our parish when she learned that this happy boy was – gasp! – disabled. “Him?” she said, incredulous. “But he’s so happy!”

He is. Disabled people can have a great quality of life – something I think that depends more on their support system than the type of disability they happen to have. Their disability alone doesn’t (or shouldn’t) determine what kind of life they will ultimately lead – happy, sad, active, or inactive.

Acknowledging that spina bifida can be exhausting and expensive at times, I would go so far as to say that raising a child with a disability has been an immeasurable gift. Before, the thought of personally being confined to a wheelchair in a nursing home, the thought of being dependent on another human being when my faculties dimmed – of being disabled – made me shudder. Before, to my eternal shame, disabled persons were more of a concept than anything else: They were boogeymen, cautionary tales of what not to do (don’t text and drive; you’ll end up in a wheelchair!). Raising a disabled child has freed me from these stereotypes and burdensome fears. I know now that being disabled is just another way to live life, and not a measure of how unlucky or how human someone is, and not an indicator of how much they suffer. I am grateful for this typical toddler – and dare I say it? – I am grateful for his disability, and what it has taught us.

Sarah Watts is a twenty-six year old, mother of two. She’s currently a stay-at-home mom and a freelance writer and blogs at wifeytini.com. 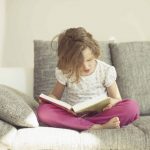 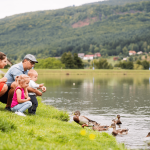 Advice for children with Autism and their families over the Summer HolidaysAbility, Homepage Display