Communicating with Your Teen: Challenging Behaviour

A well known Italian proverb says ‘little children-headache; big children- heart-ache.’ To say raising teenagers can be a challenge as much of an under-statement as saying the Irish weather could be better. At the best of times parents struggle to remember what it felt like to be a teenager themselves. When you throw a teenager with challenging behaviour or attitude into the mix it’s nearly impossible to react instinctively in a way that will help the situation. Like every difficult situation in life, planning well in advance is crucial if you want to achieve a successful outcome with your teenager during times of challenging behaviour. This article will briefly look at some strategies from various parenting programmes that you can practice that in time will help to resolve challenging situations. The parenting programmes that the article will draw from are Non-Violent Resistance and Restorative Parenting.

Non-violent resistance (NVR) addresses violent, destructive and harmful behaviours in children and adolescents. The methods and ideas of non-violent direct action and resistance from Mahatma Gandhi, Martin Luther King and Rosa Parks are used in community and family settings to help parents and carers with their parenting. NVR can help parents and carers overcome their sense of helplessness. It can help develop a support network that will stop violent and destructive behaviours both in and out of the home.

The Restorative Parenting programme looks at how parents can more effectively deal with conflict. Through exploring how they themselves respond in times of conflict they become better equipped in understanding their child’s behaviour  and are more prepared to respond in a more effective and restorative way.

For the purpose of introducing these strategies let’s paint a scenario which the article will refer to in order to demonstrate each strategy more effectively. “Your fifteen year old son storms into the house, slams the front door and throws his school bag on the floor. He shouts ‘what are you looking at?’ at his younger sister and shoves her out of his way’.

The Non-Violent Resistance Parenting Programme has a great expression-‘strike when the iron is cold’. Sometimes when your teenager or even you yourself are feeling angry it is a good idea to pick a time at a later point to discuss the negative behaviour. It is not ‘giving in’ but is a tactical withdrawal. In the above situation, addressing the teen’s behaviour there and then may lead to further escalation. It may be more sensible to say “I will chat to you about this later when we are both calmer”. Saying “we” instead of “you” prevents him from becoming defensive. None of us have ever gotten calmer by somebody accusing us of not being calm! Ask yourself -Is now a good time to deal with this? Is he in the right frame of mind to listen to me? To quote another well known proverb- “Knowledge is knowing what to say. Wisdom is knowing when to say it”.

Whether you are simply informing your teen that you will speak to him later or you want to actually deal with the issue there and then, ask yourself what tone of voice would I like him to use with me? You should then use the same tone of voice with him.

What you say is as important as how you say it. Try and use “I” statements. For example ‘I feel annoyed when you slam the door and hurt your sister’. This is more effective than using “You” statements like ‘You make me so mad’. These lead to defensiveness. Also try and spell out in a clear manner what impact his behaviour (not him as a person) has on others. For example ‘Your sister feels afraid when you shout at her and shove her’. This over time helps the teen to build empathy for the impact of his behaviour on others.

What’s going on in the background?

It can be very easy to fall into the trap of reacting to the behaviour that is presented to us without taking the time to explore what’s going on behind it. The Restorative Parenting Programme suggests that we look beyond the behaviour and look at the following. What is the person actually feeling? Why are they feeling that way? Is anyone else involved? Teenagers are still developing emotionally and need your help to become emotionally mature. Anger is often the emotion they present with but is often not the real emotion they are feeling. The reason they express the real emotion as anger is that anger is a safe emotion for them to express and does not leave them feeling vulnerable. If you can explore with them what happened in the lead up to their challenging behaviour you can then assist them in naming the actual emotion they are feeling. This not only shows you care and can calm the situation but it also helps the teenager to become more emotionally intelligent.

If and when your teenager starts expressing themselves ask yourself over and over again ‘am I really listening?’ All too often we are waiting for them to take a breath so we can interrupt with the ‘expert opinion’. When they take a breath-take a breath yourself. Once you are confident they have finished speaking maybe ask them if it’s okay for you to make a suggestion or give an opinion. You will be surprised how much better a teenager will react to your advice if you first ask their permission.

If your teenager has numerous behaviours that are frustrating or upsetting you it can be very easy to feel like a ‘nag’ all the time. Sit down and write down every behaviour that is having a negative impact on your home. Include the smallest ones (e.g.-not bringing down washing) to the most serious ones (e.g.-aggression). Pick the two that are having the most negative impact on your home and prioritise these. Either ignore or negotiate the rest of the behaviours for a period of time. When a parent is constantly ‘nagging’ a teenager about all the behaviours they switch off and don’t hear any of what you say. By prioritising the most serious behaviours for a period of time you increase the chances of them hearing and taking on board what you are saying.

The famous TV Psychologist Dr. Phil often says that it takes one thousand ‘Atta boys’ to overcome one ‘you’re no good’. There is no doubt that in stressful times every parent has said hurtful things that they later regret. Teenagers can hold on to these negative hurtful comments internally and this can subconsciously fuel their future negative behaviours. Make a concerted effort to ‘catch your teenager being good’ and praise them. This may be difficult to do when you are feeling frustrated with other behaviours but it does work over time. Not only does it make it easier for them to accept criticism for negative behaviours but it also slowly chips away at their internal memory of past hurtful things that you may have said to them in anger.

Like every new skill we try and develop, the above strategies will take practice. You will absolutely get them wrong at times and revert to past negative reactions but you will learn from the mistakes and make progress in dealing with every challenging situation. It is one hundred per cent okay to go back to your teenager after you make an error in judgement and admit you could have handled the situation better but that you will try harder the next time. This is not a sign a weakness but one of strength and it teaches them that it’s okay to mess up as long as we learn from it and try harder the next time. The main thing is to persist, persist, persist. Your teenager needs to see that you are not just trying a new fad type of parenting and will revert to old ways if their behaviour does not improve. This new way of positive assertive communication is here to stay because you know that Rome was not built in a day.

If you are interested in finding out any more about either the Non-Violent Resistance or the Restorative Parenting Programmes and Strategies I would recommend the following books-1) Non-Violent Resistance-A New approach to violent and self-destructive children by Haim Omer& 2) Restorative Parenting-7 ways to transform the parent-child relationship by John Erhart. Both are available on Amazon.

Alan Quinn is the Mentoring Co-Ordinator with Le Chéile Mentoring and Youth Justice Support Services in Limerick. Le Chéile work with Young Person Probation service users and their families. As well as the core mentoring work Le Chéile run a range of parenting programmes including those mentioned in this article. www.lecheile.ie. 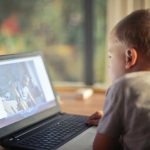 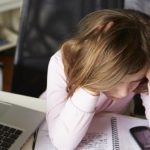 Back to School Advice on CyberbullyingMiddle Childhood, Teenagers