Dyslexia can be a very scary word for a lot of parents to hear and digest.

When you first hear or suspect that your child may have a learning difficulty, your mind goes wild– will they ever get to college? Will they get a a job that will provide for them and allow them to be self sufficient?

The answer is yes they will– and not only can they get a job but they can  be very successful. How do I know you ask…?

Well seven years ago, my beautiful blonde hair little boy started school, and he was doing all he should be doing for his age.

He was five and a half starting school and all was great in junior infants.

But things started to go wrong in senior infants as he seemed unable to read a word. Even if I repeated the same word a thousand times, the next time he looked at it, it was like he never saw or heard it before. As for remembering what the story was about– forget it.

It caused a lot of frustration at homework time, and when I mentioned it to his teacher she said keep reading with him, which I did all that summer.

Along came first class, which is a huge jump for any child but for my son it was like climbing a mountain.

Not only was reading a issue, so were spellings–we drilled those spellings into him from Monday to Friday and even on the way to school on Friday morning and yet he would forget some.

My first question to him on Friday at 3pm was “how many spellings did you get right?” not, “How was your day?”.

It was the first time my son realised that he was not on the same playing field as his friends, and this usually confident little boy starting using avoidance techniques to get out of reading in class i.e. going to toilet numerous times or looking to get a drink. Also he started to call himself “stupid and thick”.

It was heart breaking, and although I was giving him loads of extra time, it made no difference.

It got to a stage that I dreaded picking him up at 3 pm as homework that should have taken twenty minutes took one and half hours with him in tears and me very frustrated.

His teacher felt he had a short term memory problem, and he got extra help with a learning support teacher, but this made no difference except that we then had even more homework to do.

Finally after a lot of pushing in December of second class he was assessed by an Educational Psychologist who stated that Andrew had, wait for it… Severe Dyslexia.

At last an answer, but still I was heart broken as the Psychologist said he would struggle in the academic world.

School gave him extra learning support hours, and although I was very grateful for any help, I still could see no difference to homework. The frustration continued for us both.

I looked into many different programs and one caught my attention as it was aimed at developing and using the child’s visual memory. My son was very visual– he could build anything out of Lego without having to follow instructions.

We are from Galway and we had to go to Co. Wicklow to be assessed and taught how to help Andrew learn in a different way.

We were told that Andrew had an eye tracking problem that would account for reading difficulties, concentration issues, tiredness, headaches and difficulties copying from white board– all of which he had problems with.

We were also told that Andrew was using his Auditory memory which is our short term memory i.e. spellings going in one ear out the other.

I was amazed– it made sense and what was truly amazing was that after one hour on that first visit, Andrew, who struggled to spell a five letter word, could spell “HIPPOPOTAMUS” FORWARDS and BACKWARDS. To say I was shocked was an understatement.

That day was the beginning of a whole new journey in learning for Andrew and me.

On the second visit we were shown how to improve his reading speed and comprehension.

Andrew did so well, his teacher could not believe the difference in him.

He became a celebrity at school as he was able to spell his weekly spellings forwards and backwards.

His confidence grew by the day. The most amazing thing of all was that  I caught him one night reading a bed time story to his younger brother and my heart burst with pride. My boy can do anything, dyslexia won’t stop him.

I was asked to train in the visual program and I set up my own business three years ago and I work with children from all over Ireland with fantastic results.

I named my business At Ease with Dyslexia as that is where we are.

I also trained in a program for secondary school students and college students that find studying hard, and I teach them how to again retain information for far longer by using their Visual memory rather than reading and rereading chapters or writing and rewriting chapters as a method of learning.

So to all your parents who have a feeling that something is not quite right or have been told that your child has dyslexia don’t panic.

Just remember that four times more self made MILLIONAIRES are Dyslexic!!!

Breda Coughlan At Ease with Dyslexia 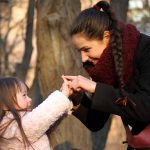 ‘I felt my life close in around me’: Irish mum’s honest account on having a child with Down SyndromeAbility 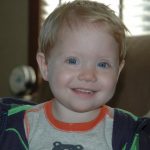 What my disabled son taught me about disabilityAbility