This can be really frustrating.  One thing to remember though is that kids who argue a lot can often become confident adults who are well able to stand up for themselves and what they feel is right and wrong.

I know that’s not much consolation now though so here are a few things that might help.

Instead of asking them to do something like tidy up after dinner which gives them the opportunity to say no, ask them if they would like to do it now or after a programme they wants to see on television.  Kids often rebel at being told what to do and so offering them a choice can eliminate the need for arguing.

If you really need something to be done straight away, simply ask them and then walk away.  Let them know the consequences that will follow if he doesn’t.  If you do have to follow through, use consequences that are appropriate to the situation and do it with love not anger.  Just let they know that because they didn’t do something this is the result.  Don’t punish too harshly or they will simply retaliate with even more arguing.

When they do something after being asked tell them how much you appreciate it.  Let them know what a great help they are to you and that it makes life easier for you when they obliges.

Kids want to feel good – I’m sure it doesn’t make them happy to be having constant arguments with you so experiment and find out what works for you and your child.

Ber is the author of “Every Mum has Magic Kisses”.  You can connect with her at www.bercollins.ie and receive support by joining her group on Facebook called “Mums with Magic Kisses”. 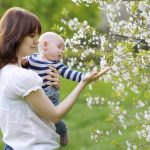