‘Tweenies’ – The Twilight Zone of Childhood

Childhood, for the large part, is divided into clear blocks, usually according to developmental milestones. We see our children develop from infancy, through toddlerhood, middle childhood and into adolescence. However, as middle childhood usually refers to that period from 6/7 to 10 years-old, there is a cohort that science seemingly forgot to name. They are what have become known as ‘tweenies’, children aged between 10 and 12. This age group straddles a tough space – old enough that we expect them to act responsibly but not quite old enough that we’ll tolerate the mood swings and uncertainty that are accepted as part of parenting a teenager. There are a few things to keep in mind as you navigate yourself and your tweenie through this particular age and stage.

Your child is just that, a child. Last summer you had a 10 year-old who frolicked on the beach, carefree in her one-piece swim suit. This year, she wants a bikini, painted toenails and mascara. Images of Miley Cyrus spring to mind and you begin to hyperventilate. Deep breaths! She’s in a race to grow up and it’s your job to help her find an appropriate pace. Meet her half-way; yes to a bikini suitable for her age (remember, as adults we can often sexualise clothing – at 11, she wants a bikini because they are what older girls wear, not because she wants to flaunt her body) and yes to an agreed colour nail polish. Explain that make up is something you can discuss again when she’s older but right now, she’s too young. That way, she feels she has won something and you might sleep easier.

Hormones are a thing! Science tells us that children are physically maturing much earlier now compare to previous generations.  We sometimes forget that children don’t go to bed the night before their thirteenth birthday and wake up fully hormonally charged the next morning. Hormonal fluctuations and all the associated mood swings start before the teenager years officially begin so pay attention to your child’s moods. Their confidence may become a little shaky as they try to figure out where they belong among changing peer groups and there may be a few more emotional outbursts than before. It’s all completely normal and don’t be afraid to explain that to your child.

It’s a dress rehearsal. Yep, with adolescence looming, some of these changes in your child are really just beginning. It’s important therefore to set boundaries. While you might be tempted to placate your 11 year-old through a tantrum, you may find that won’t wash when he’s 14 so now is a good time to explain what will be accepted and what won’t.

Like all stages of childhood and parenting, you learn as you go.

How to respond to bullyingMiddle Childhood, Teenagers 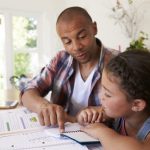 Top Tips for Talking to Your Child about SchoolMiddle Childhood