Disciplining small children sounds dramatic. The word discipline can sometimes have negative connotations as we associate it with punishment or a harsh regimen.

In fact, discipline for toddlers and pre-schoolers, really means giving them boundaries, structures and limits to guide them and to keep them safe. There are very few small children who are wilfully bold but there are many small children who do things that we don’t like.

Most small children are exploring their world and in the process they often make mistakes, they often create mess and their exploration can be in opposition to what we are trying to achieve.

This is not a reason to punish them. It is a reason to offer them some discipline to guide them so that they make fewer mistakes in the future, create less mess and can learn to work with you rather than against you.

Generally speaking most pre-schoolers’ negative behaviour, such as a tantrum, is motivated by one or more of the following feelings:

Frustration (that they can’t do something or are being stopped from doing something) which may be conveyed through tantrums.

When we can be alert to the likely cause of their upset or their challenging behaviour we will usually be more understanding and patient in dealing with them.

Try to share your understanding with your child; even very young toddlers can understand most of what you say. Empathise with them. This means letting them know that you see things from their perspective. For example, you may say something like “yes…you seem very frustrated that your sister is playing with that toy and you can’t have it”.

You will find that when you show you understand it takes a lot of the intensity out of their tantrum, and their difficult behaviour will reduce.

In addition, particularly with small children, you may find that you can successfully distract or redirect them to another task and their upset gets forgotten and the misbehaviour stops.

Getting cross in response to our toddlers is more likely to lead to an escalating negative spiral of interaction, so try to maintain your calm. If distraction and empathy haven’t helped to stop the misbehaviour then you can try to ignore the behaviour until it stops. As soon as the misbehaviour does stop then you must give lots of positive attention to your child for being calm.

If ignoring doesn’t work, or can’t be used because, for example, they are hitting someone, then you need to physically intervene to move them away from the scene of the misbehaviour. During the move give very short verbal messages to your child about the misbehaviour. For example you might say: “You may not hit your sister. When you can play without hitting then you can play the game with her”.

With small children there is no need for additional punishment, like making them sit in time-out. Once you have stopped the behaviour then your job is done.  It is important to try to forgive and forget and move on with the rest of the day.

This article was first published on www.glenisk.com by David Coleman. 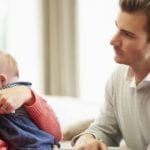 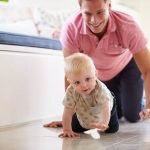 Top Tips to Keep Your Children Safe at HomeHealth & Welbeing