Staying Calm when Your Teen Gets Angry

“Speak when you are angry and you will make the best speech you will ever regret”- Ambrose Bierce. Sound familiar? Do encounters with your raging teen often leave you with feelings of regret, frustration and helplessness? If they do then you are part of the majority of parents. If they don’t, enjoy the fact and can I suggest maybe you write the next best-selling parenting book. Before we can look at a better way of responding to your teen’s anger it is important to have a better understanding of anger in general (theirs and yours).

What is anger? The Oxford English Dictionary defines it as a “strong feeling of annoyance, displeasure, or hostility”. So it is a feeling. In our teenage children especially, we tend to see that feeling manifest itself in a behaviour- shouting, cursing, slamming doors, breaking things and even violence. So what causes anger? It has often been said that anger is actually a secondary emotion. It is really important to understand what this means, as it holds the key to diffusing it. To understand what a secondary feeling is we must first understand what a primary feeling is. A primary feeling is a feeling that we feel immediately after an external event or internal thought occurs. For example somebody compliments your friend’s clothes and doesn’t say anything to you. The primary feeling here may be disappointment, embarrassment, shame, self-loathing or sadness. A secondary feeling, like anger, is used automatically in most cases to protect ourselves or disguise the primary feeling (which often we believe makes us weak or vulnerable). It’s just like school. First comes primary and then secondary. So maybe in this case we replace the primary feeling of embarrassment with a secondary emotion of anger. Can you imagine skipping primary school and jumping straight to secondary? The resulting behaviour in our example is to snap at our friend “come on we’ve got to go”. The diagram below represents anger as an iceberg with the secondary emotion showing on the surface and the underlying primary feeling hidden below the surface.

The other thing that is often said about anger is that it is a response to a perceived threat or someone else’s intention. The threat to us or their intention may not be real and may just be in your head but if you believe there is a threat or their intention is negative, anger can rear its head. For example-you are late for work. The car in front of you is going 20km per hour under the speed limit. You flash your lights, honk the horn and curse the driver. Why? Because you perceive this driver is a threat to you being on time. Or the driver (who you don’t even know) is driving slow just to annoy you (as irrational as that is).

If we look at these two pieces of information it can help us formulate a response to anger that may eventually result in better outcomes. Firstly, anger is a secondary emotion. If your teen comes home angry, stop and take a breath before you react. That breath can reset your automatic way of responding. Understand that anger is masking their true emotion and is protecting them from having to deal with that real vulnerable feeling. We have all learnt that anger keeps people at arms length. If people are at arms length they can’t ask questions and make us deal with the primary feeling. By meeting their anger with your anger-hey presto- the primary feeling gets ignored. So now anger becomes a strategy that works. If it works why would they stop using it?

If you are aware of an incident that may be at the root of this anger it is easier explore the real primary feeling with your teen. For example, you get a call from their school to say your teen was suspended for cheating in an exam. You can then help them identify what the real emotion they are feeling is- “I know what happened at school. You must be feeling a little ashamed or guilty. Do you want to talk about it?” By naming some emotions and offering to talk to them about how they are feeling you are helping them gain some emotional intelligence.

If you don’t know what the specific incident is that triggered their anger you can just ask if they would like to talk about what happened. This will be a welcome change to a response like “What’s got into you. You nearly took the door off the hinges”. This will always escalate their anger, which will escalate yours and there will inevitably be a big bust up. And what happens to the real issue and primary feeling? It gets ignored and the teen learns anger is their best friend to keep mum and dad at a distance, allowing them to not deal with their real feelings. Chances are, any offers to talk about the real issue will be rejected. But that’s ok. The timing may not be right. You can make the offer again at a later point. Even if it is rejected again you have shown them that anger will not distract you from supporting them to get to the bottom of their real feelings. That means their strategy is not working. If it’s not working why would they continue to use it? By the way, when I say strategy, I don’t mean they are consciously plotting to use anger as a strategy to keep you away. This happens in the sub-conscious mind. The more times it works the stronger that strategy is endorsed in the sub-conscious mind. Persist. Persist. Persist with this. It won’t happen overnight. The more often you offer to help them identify and deal with their true primary feelings the more anger will become less of an option. You can also educate them about their real primary feelings by verbalising yours. When you feel angry, stop and breathe and ask yourself what your primary feeling is? Then verbalise it. So instead of raging “I’m so angry at you for staying out an hour after your curfew” you could instead (after some self-analysis) say “I am feeling a bit disappointed that you abused my trust by staying out too late”. Not only will this lessen the chances of a row but it also is educating them about emotions.

Secondly, anger is a reaction to a perceived threat or negative intention by the other person. This is an interesting thought. Knowing this can help us reflect on whether something we have done or said has sent out a perceived threat or a negative intention to our teen. I have often come across cases where a parent has made a comment during an argument, sometimes in jest, which has escalated the teen’s anger rapidly. When they have reflected on the encounter they have realised that their comment or actions made the teen feel threatened and so the anger escalated. I remember one particular parent whose daughter had been in care for a period of time when she was a young teenager due to her mum’s addiction issues. Now as a 17 year old she was back living with mum. In the middle of a silly argument about chores her mum passes a comment like “Pick up after yourself or I’ll put you back in care”. The daughter went berserk. The mum thought it was a tantrum over the chores. She had made the comment in jest and was totally unaware that her daughter still had unresolved feelings about being in care. This could have been perceived as a threat to the daughter’s liberty or as an intention by her mother to hurt her. But let’s say the mother was delirious and out of her mind with a fever and said the same thing. Would the daughter have reacted the same? Probably not. She would have viewed it differently and not perceived it as a threat or negative intention.

This is an extreme example but parents can often say or do things that threaten a teen’s independence, self-esteem, identity, need to belong or need for security. By being more aware of this it can help parents take more responsibility for things they may have done or said to make the teen feel threatened. Sometimes these perceived feelings of threat are unavoidable. For example curfews, rules etc… But if you are aware of how these are making the teen feel you can have a discussion where you can explain your position, acknowledge their feelings, negotiate if appropriate and remind them that they can always have a mature conversation with you. In cases where your actions have caused feelings of threat and that was avoidable (e.g.-mocking their clothes and thus threatening their self-image) acknowledge that you did not intend to make them feel bad and apologise. Apologising is not a weakness. In fact it reminds them that you are human too and fallible but that mature people take responsibility and look to rectify their mistakes. Nice lesson for them to learn. This can also help us to examine why we are triggered by things our teens do. Ask yourself- what is it about what they have done or said that has made me perceive a threat or think that their intentions towards me are negative. Can I change how I perceive the situation? Interesting isn’t it?

To conclude, I would like to leave you with a thought about the importance of persistence in not reacting to anger with more anger. I meet lots of parents who learn strategies in parenting programmes, go home enthusiastically with the best of intentions, get impatient when they don’t work in a week or two and return to old behaviours in utter frustration. It’s understandable. We live in a world where instant results are expected. I always say that it has taken your teen years and years to learn to use anger as a strategy or coping mechanism. It is unrealistic to expect results straight away.

Sometimes things will get worse. This is normal. Why? It is known as the “extinction burst” theory. When someone experiences change (you not reacting to their anger with anger) they can escalate their behaviour (get angrier). This is done to try and force the other person into giving up and returning to the old behaviour that they are more comfortable with (angry reaction so they don’t have to examine their true vulnerable feeling). Think of it like waiting for a lift at the top stiorey of a car park. There is no sign of it arriving and so you press the button harder and more frequently (like teen may react by getting angrier). Eventually when there is still no sign of the lift arriving, what do you do? You stop pressing the button altogether and take the stairs instead as an alternative (teen alters their behaviour as they are not seeing the desired results). So when they get angry. Stop. Breathe. Notice how you are feeling. Breathe again. Now think about what’s really going on with the teen and react in a way that helps them explore for themselves what is happening internally. And remember that image of the lift. If you don’t let your teen “press your buttons” they will give up and in the end become more emotionally intelligent.

“The only way to change someone’s mind is to connect with them from the heart.” ― Rasheed Ogunlaru

Is my Child a Cyberbully?Middle Childhood, Teenagers 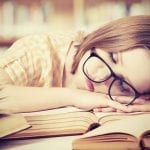