Being a parent is difficult. When family conflict arises or a child does something wrong, it is hard to respond in a patient or fair way at the best of times. For this reason, it is good to have some effective techniques and tricks up your sleeve for when the going gets tough.

A useful tool to have in the bag is ‘restorative practices’, called ‘RP’ for short. RP is a method of conflict resolution and prevention used successfully across the world in schools, youth clubs, community centres, and – most importantly for loveparenting.ie readers – in homes and within families. It is a way to nurture healthy relationships, improve communication, and build stronger families and communities. It encourages people to take responsibility for their behavior and to develop empathy for those around them.

Research carried out in Tallaght found that using the RP approach led to a 43% reduction in overall disputes in homes, schools and families. The same research found that 87% of those who took part in RP training reported being better able to deal with conflict. 82% reported being better able to manage problems within their workplaces or families as a result of training in RP.

These are impressive results and show that when we change our approach to conflict, we can in turn make significant changes in our lives and the lives of those around us. Many of us fear and avoid conflict – RP teaches us that conflict is an inevitable (and sometimes even productive!) reality of human interactions. RP helps us to face conflict head on and work in practical ways together to find solutions to problems.

In fact, RP is a technique that can be used in many kinds of disagreements: for example one-on-one conflict at a small-scale, interpersonal level, all the way up to nationwide conflicts. The restorative approach has been used globally, for example in South Africa, Rwanda and Northern Ireland, as a way of building peace and assisting communities to recover from conflict. If restorative practices can be effective in the aftermath of the most serious and grave of conflicts, then why not in a dispute over cereal with your five-year-old!

What exactly is the restorative approach?

Restorative practices evolved from restorative justice, which is used as an alternative to traditional criminal justice systems. Restorative justice (RJ for short) is where the victim and the perpetrator of a crime or a wrongdoing meet face-to-face, and have the opportunity to listen to each other’s points of view and together work on solutions for how to repair the harm caused. It builds empathy and understanding between people who usually sit at polar opposites of an incident, and who rarely get the chance to talk about the harm one of them caused to the other. Face-to-face RJ has been shown to have a significant impact on lowering a victim’s post-traumatic stress levels after a crime, and in many cases, offenders who go through the RJ process are less likely to reoffend.

Restorative justice was developed from the community problem-solving approaches of various indigenous cultures, most significantly the Maori of New Zealand, who traditionally involve the whole community when a wrongdoing occurs. With a focus on repair, healing and identifying the cause of a crime to prevent it from happening again, every member of the community has a say in how to make things right. The emphasis is on collective problem-solving rather than punishment.

Restorative practices grew from restorative justice, using the same principles and techniques of a community solving conflict together, just not only after a crime or wrongdoing, but all the time. In this way, RP is proactive rather than just reactive – it builds up over time, used everyday not only to solve problems when they arise, but also as a day-to-day way of relating to other people.

So how can RP be used in parenting?

A restorative parenting approach puts the emphasis on solving problems with children and young people, rather than for (permissive parenting style) or to (authoritarian parenting style). Working with enables the parent to offer high levels of support and limit-setting, while also encouraging the child or young person to share their own ideas and take ownership, therefore giving them a voice and a degree of control in the situation. If you give children and young people the opportunity to come up with their own ideas and problem-solve, they will often come to the same conclusions as adults would (if not more insightful ones!)

For example, simply changing the name of the traditional ‘Naughty Step’ or ‘Time Out’ to the ‘Thinking Step’ or ‘Thinking Time’ can be very effective. Asking the child to take a few minutes to think about their behaviour and how it has affected those around them gives them an opportunity to reflect and come up with ideas for making things right. Thus it allows for a degree of control or autonomy, rather than labelling them as ‘naughty’, or them just waiting for their punishment to be over.

One of the most useful RP techniques for parents is ‘restorative language’. For example, parents who embrace the restorative approach use ‘affective statements’ to share how they are feeling with their children, therefore humanizing themselves and encouraging the children to see them as a person who has feelings too, rather than simply an authority figure trying to control them. For example instead of saying, “Don’t speak to me that way!” when a child is rude, a more restorative approach would be to say “It makes me really sad when you speak to me that way”. This shift in language shows the vulnerability and therefore human side of the parent, spells out the impact of the child’s behaviour, and improves the child’s emotional literacy – rather than causing a defensive reaction or closing off communication with a command.

Another effective technique is the use of restorative questions, which enable the child to come up with solutions to problems together with other children and/or their parent after something has gone wrong. These are the standard questions when responding to challenging behavior, which you can ask each child, young person or adult involved in an incident, in order to help them and others process their thoughts and feelings:

When speaking to someone who has been harmed, the questions change slightly. Just swap questions 4 and 5 above for these:

So the next time your five-year-old (or fifteen-year-old, or twenty-five-year-old!) throws a wobbler, try out one of the simple RP techniques described in this article. You may be surprised at how quickly it gets to the heart of what is wrong, or diffuses the situation for the person. Most people, no matter how old or bold they are, just want the chance to be heard, and to be treated with fairness and respect. Restorative approaches provide us with practical ways to give children, young people, and ourselves that chance.

Caitlin Lewis is Development Officer with the Children’s and Young Persons Services Committee (CYPSC) Restorative Practices Project, which aims to embed and nurture RP in the Moyross/Ballynanty and Southill communities of Limerick. To learn more about the project, visit www.restorativepracticeslimerick.ie. To register your interest in a restorative parenting course, contact Caitlin by emailing respracdevoff@gmail.com or phoning 087-936-3010. 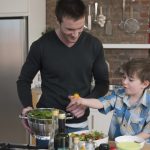 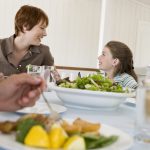 Communicating and Connecting with Your ChildHome Life