A 360° View:  Understanding Your Child’s Anger

Have you ever been driving your car through beautiful surroundings? Your passenger is annoyingly saying something like “Look at that horse in the field”. It is annoying because you cannot turn and enjoy the view unless you want to crash the car. You don’t have the advantage of seeing 360°. When your teenager/child storms into the room and expresses anger, it can be like being in the driver’s seat where you can’t see the full picture.

Imagine a scenario. A sometimes moody but generally well-behaved teenager walks into the kitchen, sits silently picking at his dinner. His parent tells him to finish up. He tips his plate over and walks out, slamming the door behind him. The parent may just see it from a Northerly perspective (behaviour-angry response); their response is then heavily influenced by this.

If the parent pauses before responding, they can look at the other 270°. If they look to the South, they can ask what emotion is going on for the teen/child. Remember the anger iceberg from the article two weeks ago. Maybe they are really upset, disappointed, guilty … If they look to the East, they can ask what might have happened to cause those feelings. Maybe his girlfriend dumped him, she failed an exam… Finally if that parent looks to the West they can pose the question, “Who else might be involved? Perhaps someone is bullying her, or he is worried about disappointing his parents, etc…”

By looking at all four points on the compass, you have done a few things. You have stopped yourself reacting in the moment. This is a good start. Now, you may be better informed about what is going on and how to approach the situation. Of course, at this stage you are only guessing the answers to all four questions. Once your teen/child has calmed down you can begin to explore with them what is going on using these questions. 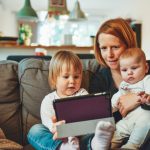 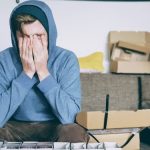