I have been a parent for over thirty years and I have worked with children and young people before I became a parent and for most of that time. I have been a nursery primary and secondary teacher and I have worked and continue to work as an early years worker caring with the youngest children in crèches and preschools. I’ve run groups for troubled teenagers, cared for children in residential units and created play opportunities on playgrounds and playschemes.

However, the place where I learnt the most about the care and welfare children was as a parent. When my first child was born I gave up work to be the main carer for her and subsequently all the children. The last one, of five, is now working towards her leaving certificate in June.  This was very unusual people were very traditional in the early eighties, especially men. Most people believed that men should be the main wage-earner and women should be at home or plan their work life around their children. It’s hard to imagine a man from my background, an unsophisticated working class man from a small rural town choosing to stay and home and be the main carer for his children. It’s hard to understand why I made this choice.  I have been described as a rough diamond hard on the outside but with a soft centre so maybe my personality and disposition had something to do with it. I think our personal histories and the important events in our lives have an important role in determining the choices we make in later life.

I have had some difficult situations in my life when I was young.  My parents divorced when I was ten years old following my father abandoning our family. This had a profound effect on me. The feelings of shame and grief are very common in this situation and I believed that it was my fault that he had left us all and most particularly that he had abandoned me.

So in the early eighties my partner and I decided to have a baby. We had some difficult decisions to make before the baby was born. We decided that I would be the one who gave up work to care for her. We had also decided that being parents was very important to us and we were going to try and get it right. I suppose my experiences led me to not want my children to feel the things I had when I was growing up. I wanted to be close to and a really important person in my child’s life. As well I had heard about the importance of attachment (Bowlby etc.) that describes the importance of a child’s needs for the love and attention of a least one person so as to feel safe and secure and grow and develop well.  I wanted to be that person.

When I thought it through it seemed giving up work and staying at home was the only way that this would be really possible. All of society norms and my own internal beliefs would make it very hard to do any other way. Many people still think that it’s a women’s place to care for children especially babies and they are the only ones who can do it successfully. I knew that if didn’t spend most of the time with my daughter building a close loving relationship then I would be pushed to the edge and this would be seen as only natural as women from a young age have been conditioned to be carers and have many skills and aptitudes to do it very well. Whereas as a boy growing up the opposite was true for me my mother and sister waited on me and I was expected to do very little in the home. All my conditioning led me away from learning to be a carer or expecting to. It was also important in our relationship that I knew what the baby needed on a daily basis and what she had done that day much more so that her mother and I was the one who was able to share those small and intimate details instead of the other way around.

I found the process of learning to care for a child extremely exciting and liberating. It was rewarding for me every day. This is not to say that I didn’t experience the hardships of caring for a baby the isolation and the exhaustion I did but I was choosing to do it and this made it feel different. This is one of the most important lesson I have learnt that has stayed with me through my life and that is the power of decisions. If we can first make a decision of what we are going to do and then plan a course of action it so much more powerful than being forced into decision by the actions we have taken. So deciding I wanted to parent in a certain way than led to further choices that ultimately meant I could go against my conditioning and the norms in society at that time. I was able to build the relationship with my daughter that I wanted which led to major changes in the career that I chose and the work that I do.

I also learnt of the importance of understanding and resolving our personal histories. We need to know how the things that happened to us as we grew up can still affect us as adults and especially when we become parents. They can have a profound effect on the choices that we make. 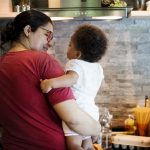 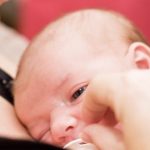 Motherhood: Why We Should Resist the Slummy and Yummy LabelsHome Life