One concern which has always been present either directly or indirectly for children and parents is bullying, but in more recent times the newer issue of Cyberbullying has become more prevalent. Even the word itself brings a feeling of uneasiness, a vulnerability which we do not want to see happen to our children. However, the negative behaviour of any type of bullying can be responded to in a positive way. A confident child will react with assertiveness and make sure the bullying does not go unanswered. But a child without this level of confidence or a feeling of not having good support will not react as well. As parents we can help our children develop strong levels of confidence and assertiveness.

Some signs and symptoms of bullying can include:

When Cyberbullying is brought to our attention it is important not to over react. Instead, explore with your child what they would like to see happen next and what levels of assistance they want. Often we might have the immediate response of taking the computer away from our child as the quickest method of stopping the bullying, but this is unfair as the child is then being punished for being bullied. Such a response makes it more likely children will not disclose any bullying for fear of this reaction from their parents.

It is always wise to have a positive set of guidelines in place with your child as to what you consider being appropriate internet usage and a sound knowledge of internet safety, which you can learn together.

There are some simple rules we as parents can go through with our children when it comes to internet safety.

Bullying is a very broad issue and appears to be ever more present in our community environment. What we have learned within the ISPCC is the need for any response to be made at the community wide level. Schools and parents are a part of our community and are well placed to help facilitate any response to the worrisome and negative behaviour of bullying.

As parents and wider community members we are often acutely aware of the damaging impact bullying can have on individuals, not only for children but also into adulthood as well. Bullying is a behaviour which requires a positive response from all of us at the community level.

Provided by “ISPCC” Irish Society for the Prevention of Cruelty to Children www.ispcc.ie 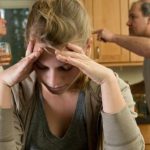 The Impact of Parental Separation on TeenagersSeparation, Teenagers

How to respond to bullyingMiddle Childhood, Teenagers